In April 2019, Houston was named as the most diverse city in the U.S. by WalletHub. As I start each school year in Katy, Texas, a suburb in west Houston, I can attest that this is true. In the 2017-2018 school year, I had students from Turkey 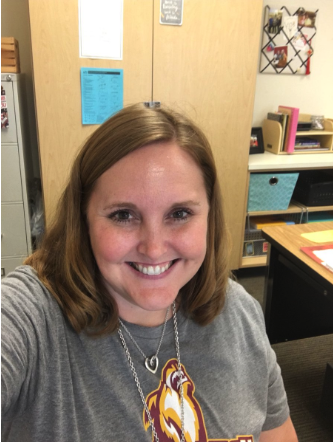 In April 2019, Houston was named as the most diverse city in the U.S. by WalletHub. As I start each school year in Katy, Texas, a suburb in west Houston, I can attest that this is true. In the 2017-2018 school year, I had students from Turkey, Iran, Bangladesh, Japan, China, Brazil, Venezuela, and Colombia. Knowing Spanish in Texas is not enough; in fact, keeping up with each language is a difficult task. At our professional development this past August, our district coordinator mentioned TalkingPoints, so I decided to check it out, and I am so glad I did!

At the beginning of the 2018-2019 school year, our campus hosted Open House. I am always grateful to meet parents at this event, but, as the ESL teacher, the student often becomes the interpreter between Mom and me. BUT this year, it was different. Since I had been introduced to the TalkingPoints app, I shared it with Lucy’s mom that night, and we were able to communicate in Chinese without Lucy being put in the middle. It was a beautiful experience. Lucy’s mom and I sent messages about homework, absences, and school events as the semester progressed. At the end of the semester, Lucy was ready to be moved out into general education classes. Her mom’s only condition was that Lucy could move as long as Mom could continue to message me through TalkingPoints with any questions that she had about school. Of course I said “Yes!”

Another thing I have noticed as the ESL teacher is that many families are fearful of school in the US because they might be seen as “less than” for their seeming language deficiency. Not being comfortable to communicate with the school, they remain silent. Some educators see this as lack of concern on the parent’s part, when in reality they are simply afraid. This year, I have been on a mission to educate general education teachers and administrators so that these families feel safe and welcome at our campus. For example, one of our students has been struggling in math all year. Her math teacher emailed home for three weeks, but never received a reply, so the math teacher came to me. I immediately texted the mom through TalkingPoints and an hour later, we had a response and plan to move her daughter in the right direction. It’s situations like these that help educators see how our schools are changing.

I am so thankful for TalkingPoints because it has opened up new opportunities for me to communicate with families, students, educators and the community. In addition, the fact that this app is free to me continually amazes me! Thank you, TalkingPoints, for the diligent work you are doing to facilitate and change how schools relate to families!

Are you an administrator?
Request a quote

This year, TalkingPoints added 20 new languages to its family-school partnership platform, which can support more families and schools in building strong partnerships that can lead to improved attendance, course proficiency, and higher test scores for students. That means TalkingPoints now provides access to families and schools across 145 different languages!   The new languages […]

By Kevin Fosnacht, Ph.D. As our CEO and Founder Heejae Lim recently said in her TED Talk:   “A parent is a child’s first teacher and children spend 80% of their waking hours outside the classroom. Research says that for a student to do well in school, a family’s engagement is more important than a […]